“How serious was Plunkitt about patriotism’s connection to obtaining a job after Tammany won an election?”  George W. Plunkitt, was a democratic politician from the 1800’s.  He was a member of the Tammany Hall machine in New York City.  Plunkitt hated the Civil Service program. He believed because of it, many young men lost all interest in politics.  He believed that this happened due to the fact that if a young man wanted to become a part of Civil Service he had to pass a difficult exam that had nothing to do of politics.  Plunkitt provided government jobs for many of the young men who could not pass the Civil Service exam.  In return they would help him when

election day came around.  If he won or lost an election, he would continue to help the people in order to secure their votes for the next election.   Not only did he offer jobs, he also offered aid to anyone that was in need of help.  When the next election came around, they would be sure and remember him.

Booker T. Washington was an ex-slave, he was freed from slavery when he was just 6-7 years old.  He believed in hard work, he started an industrial college in the town of Tuskegee Alabama.  He taught many young blacks the importance of hard productive work.  In the late 1800’s there was a lot of social discrimination toward blacks.  Blacks and whites were not allowed to use the same train cars, blacks were turned away from hotels, restaurants, and many other places, simply because of their race.

Washington believed that someday everyone would be treated as equals regardless of their race.  His view of the future was “A new heaven, and new earth.”

“We hold these truths to be self-evident, that all men are created equal, that they are endowed by their Creator with certain unalienable Rights, that among these are Life, Liberty and the pursuit of Happiness.”  I believe that all men are created equal, and that no man should be treated like a mule because of his race.  With that said, I think it is wrong for the government to use taxpayer’s money to provide food and houses for men, who do drugs, drive expensive cars, and are not even willing to get a job.

Back to the original question, Was Washington’s view of the future also my view of the future?  No.   Like Washington, I wish that both races would get along and treat each other equally, but the fact is, on this earth there will always be tension of hatred between whites and blacks.  It is the sad truth.

Spreeder is a free speed reading website, all you have to do is copy and paste any text, and then set a rate for words per minute.  It is an effective way to improve your reading speed.

Dr. North has often mentioned Spreeder, and the benefits of using it 10 minutes per day.  I will be honest and say that I ignored his recommendation the first time.  When he recommended it another time I thought to myself “Perhaps I should give this a try.”  I did.  And then for a while I only used it 2-3 times per week.  As I continued the Business 1 course, I began to think more about future orientation.  I thought about the asset this would be to my future, and I picked up the pace.  Now that I have made it a daily habit to use Spreeder, I am becoming a more productive reader.

Hudson is a 4 year-old bay quarter horse, he stands about 14.3 hands tall.  We bought his mama while she was pregnant with him.  He is super gentle, our trainer said he is one of the calmest horses she has ever trained.  I was able to bond with him at a  4-H horse camp this past summer, and he did great, all except when we crossed the creek.  Hudson decided to JUMP the creek, I was not expecting that. lol   We are so blessed to have such a sweet horse.

I took these pictures with my Nikon D5100. 😉  Please let me know what you think. 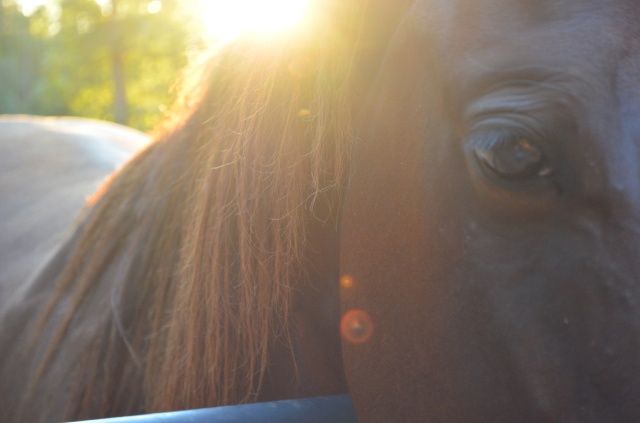 Honestly, before this assignment I had not asked myself this question.  I spent the weekend thinking about this, and I have briefly written out my plan.  This is not my sure fire plan, but as Dr. North has said, “A bad plan is better than no plan.”

Currently my only income is money which I make from doing small jobs in my community.  I save most of this money to invest in my first business. I will not take a loan to start this first business.  When will I start this business?  Hopefully within a year, preferably sooner.  This will most likely just be a simple start-up business.  When I have achieved what I can with this business, I will then determine what it’s worth, and sell it.  I will take all of the money from this business, and I will reinvest it into a second business.

I plan to grow and develop this business to the best of my ability, but eventually I want to get married and have a family.  I will probably sell this business for whatever it is worth.  I imagine I will probably start a low-maintenance side business.  If it were possible to work with my future spouse, and co-own a business I think that would be a great option.

Booker T. Washington was an ex-slave, the emancipation took place when he was just 6-7 years old.  He had skill and determination that allowed him to bring education to many of his race.  In his later years, he worked in gaining social acceptance for blacks.

Was Washington’s program for gaining social acceptance for blacks an elitist program?  I think the answer to this question is no and I will explain why.  An elitist is a person who believes that a system or society should be ruled or dominated by an elite.  Washington did not want social dominance, but social acceptance.  In the time of Booker T. Washington, blacks were turned away from all sorts of places and opportunities simply because they were black.   He believed that if a man was productive he would be more likely to be accepted by society regardless of his race.

Booker T. Washington’s autobiography “Up From Slavery” has a strong narrative, and contains many exciting stories.  I have selected what I think is the most memorable image from the narrative.  I will explain why.

In 1881, Washington was offered to take charge of what was to be a normal school for the colored people in the town of Tuskegee Alabama.  Washington took this opportunity.  He spent the first month preparing accommodations for the school, and also traveling through Alabama examining into the life of the people.  He stayed in the homes of these people, as he observed their farms, schools, and churches. “In these cabin homes I often found sewing-machines which had been bought, or were being bought, on installments, frequently at a cost of as much as sixty dollars, or showy clocks for which the occupants of the cabins had paid twelve or fourteen dollars. I remember that on one occasion when I went into one of these cabins for dinner, when I sat down to the table for a meal with the four members of the family, I noticed that, while there were ﬁve of us at the table, there was but one fork for the ﬁve of us to use. Naturally there was an awkward pause on my part. In the opposite corner of that same cabin was an organ for which the people told me they were paying sixty dollars in monthly installments. One fork, and a sixty-dollar organ! In most cases the sewing-machine was not used, the clocks were so worthless that they did not keep correct time—and if they had, in nine cases out of ten there would have been no one in the family who could have told the time of day—while the organ, of course, was rarely used for want of a person who could play upon it.”  Every time I read this I cringe.  These ex-slaves  had not the slightest idea as how to manage their money.  I do not think that these people knew what their financial priorities were.  It is absolutely ridiculous to spend $60 a month on an organ when the whole family shares one fork.  I think that I view debt in the same way as Washington.  Perhaps that is why this story stood out to me the most.

I was nominated for the Leibster Award!  Thank you Odessa for nominating me, here is the link to her blog: https://jillofalltrades2016.wordpress.com

Here are the rules:

My answers to Odessa’s questions:

Here are the questions for my nominees:

Here are my nominees:

I only nominated two people because it seems like everyone else has already been nominated.

Time is an irreplaceable resource and we never know when we’ll run out of it.  It is important in our everyday lives to invest our time in the truly important things, that give a great output.  There are several areas in my life where I need to reallocate my time so that I have more productivity.

I am much more productive in the morning than the afternoon/ evening.  By making it a habit to go to sleep 1-2 hours earlier, I can get in the habit of waking up earlier.  I could start my schoolwork early in the morning, and get more done.  This would free up more of the afternoon, and I would have time to begin working on a business.  This would be a major increase in my productivity.

I read a lot, but I am a slow reader.  Lately I have been working more on my speed reading abilities.  I have barely improved my speed, but with more practice I could majorly bring my speed up.  If I speed read 10-15 minutes every day I could make a huge improvement.  This would allow me to read the same amount, but I could read so much more material.

I spend too much time aimlessly browsing the web.  This is like pouring my time down the drain.  If I limit my Internet time, I will only have time for the important information and I can cut out all of the wasted time. I could use this time to do extra school, work on a business, or study for CLEP exams.  I can save this wasted time and turn it into profit. 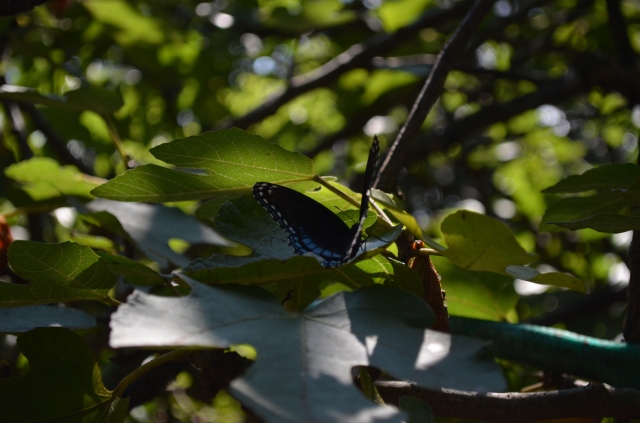 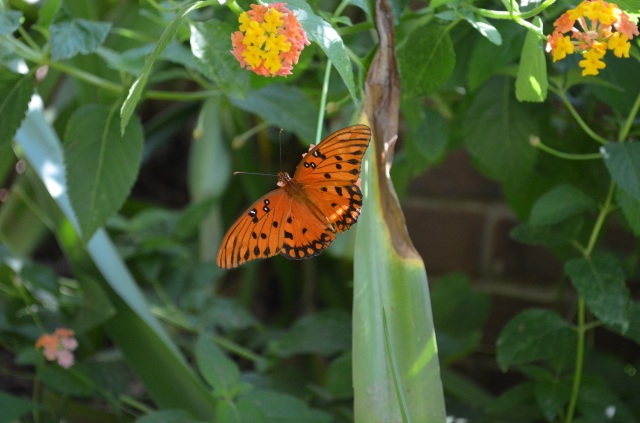 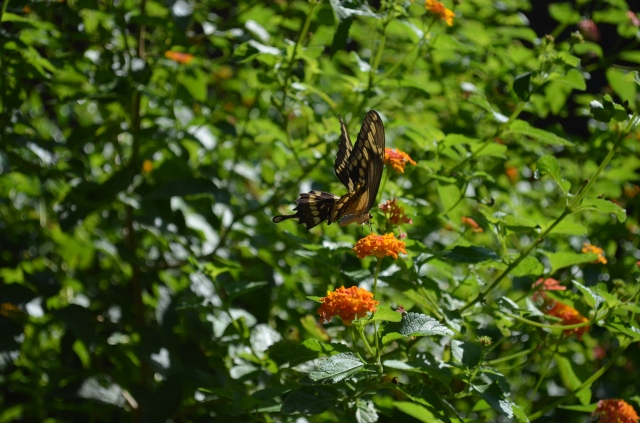 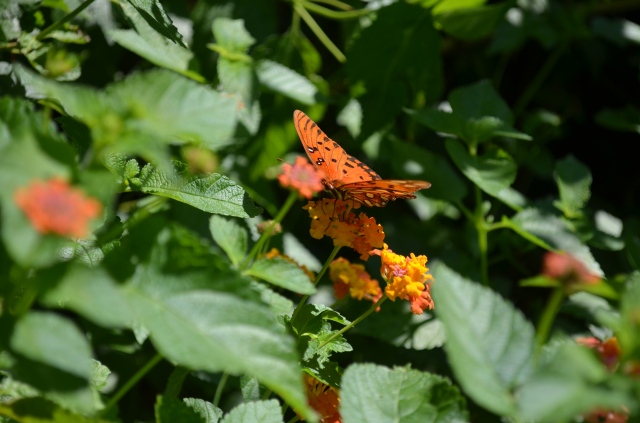